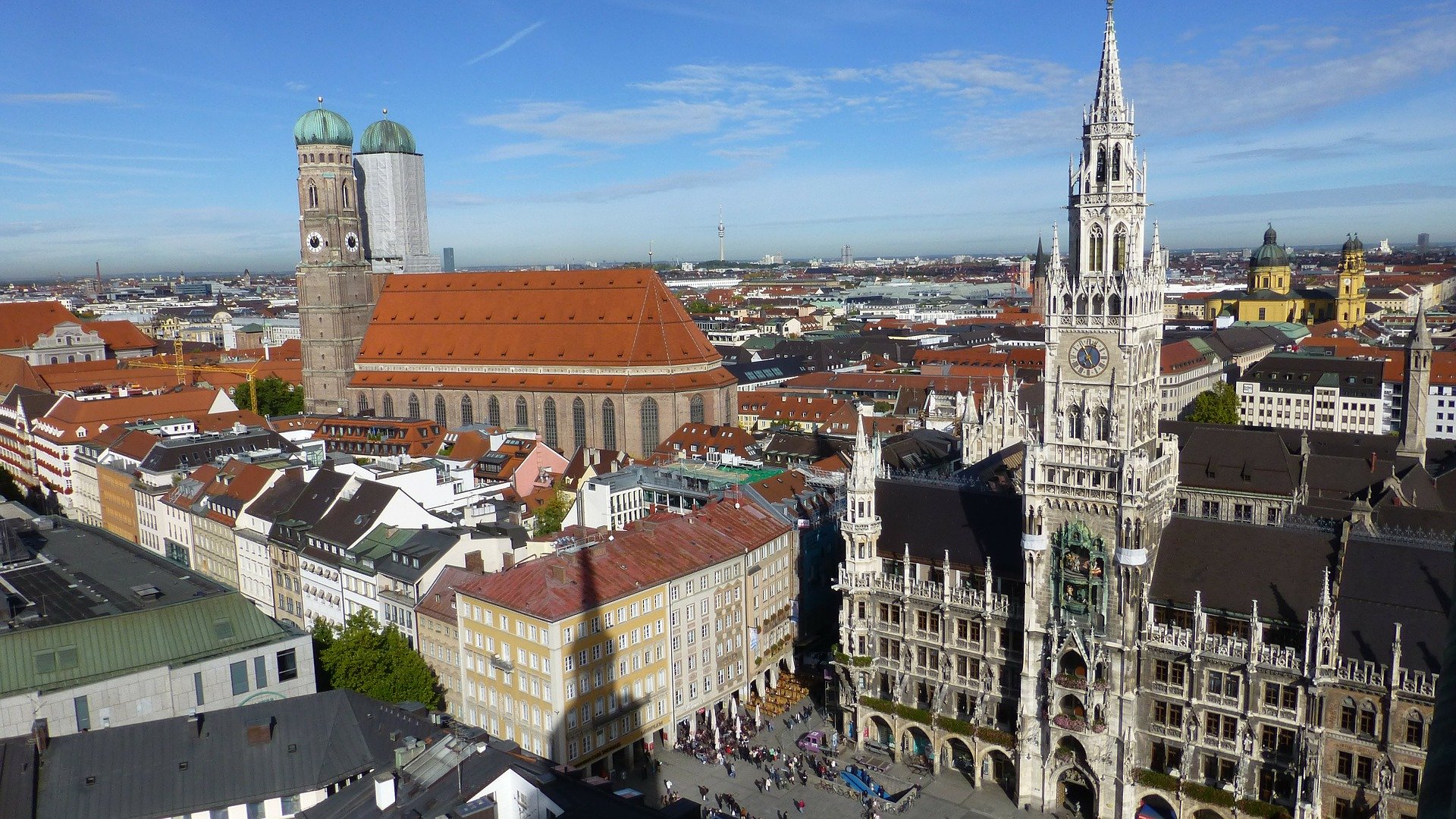 Munich's cityscape is characterized by centuries-old buildings and numerous museums. The Bavarian state capital is famous for the annual Oktoberfest and its beer halls, including the Hofbräuhaus, which opened in 1589.

In the old town on the central Marienplatz square are landmarks such as the neo-Gothic New Town Hall, whose popular carillon plays melodies and stories from the 16th century.

Other important sights are the 12th century parish church of St. Peter and the 15th century Frauenkirche with its striking twin towers. The neoclassical National Theatre and the rococo Cuvilliés Theatre (in the opulent Munich Residence) present performances by the State Opera and the State Ballet. One of the highlights of the museum district known as the Kunstareal München is the Pinakothek der Moderne, whose exhibitions show works of old masters up to modern art. On Maximilianstraße, fashion boutiques and restaurants await a visit, while the busy Viktualienmarkt sells local produce, cheese and sausages. The English Garden is a large park that invites you to sunbathe in fine weather.