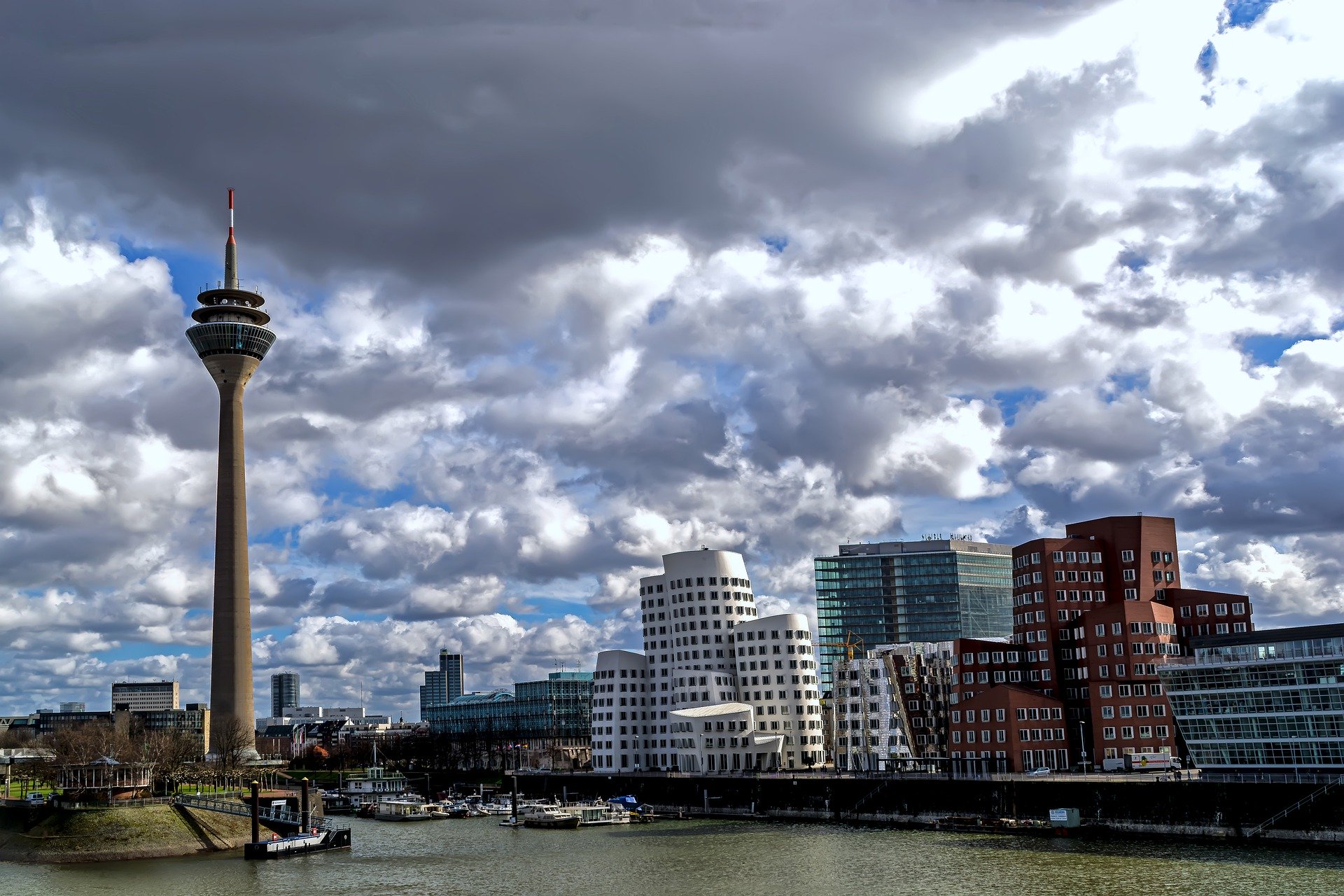 Düsseldorf is a well-known fashion and art city in the west of Germany. While the Old Town stretches along the eastern bank of the Rhine, modern business and commercial districts lie to the west of the river.

The church Sankt Lambertus and the castle tower (both in the old town) date back to the 13th century. There are numerous exclusive boutiques along Königsallee and in Schadowstraße.

Popular leisure activities include pub crawls through the Old Town, which is considered the "longest bar in the world". The Rhine promenade lined with cafés and pubs connects the Old Town with the modern architecture of the Media Harbour. The Kaiserswerth district in the north of Düsseldorf is home to historic residential buildings, the ruins of the Kaiserpfalz Kaiserswerth as well as cafés and beer gardens. The Museum Kunstpalast shows works of art from the Middle Ages to the present. Just outside the city gates is the baroque 18th century Benrath Palace.